Enjoy going through the collection of best quotes from Star Wars: The Last Jedi (2017).
The Last Jedi is the eighth movie from the Star Wars Saga, otherwise known as Episode VIII.

Rey develops her newly discovered abilities with the guidance of Luke Skywalker, who is unsettled by the strength of her powers. Meanwhile, the Resistance prepares for battle with the First Order. (IMDb) 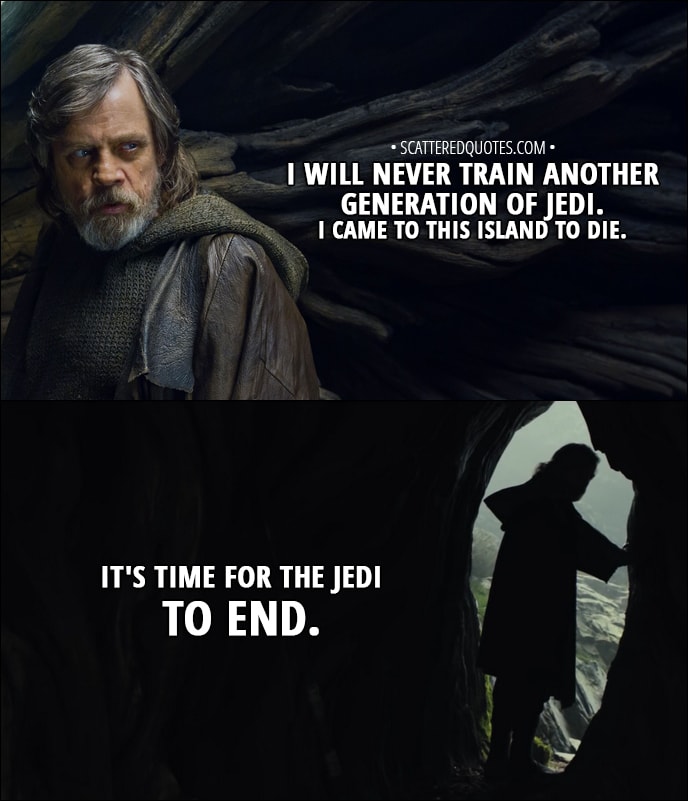 Sorted chronologically as quotes appear in the movie.

See all quotes from the movie:

The Last Jedi Quotes
← Previous Next →